The world’s biggest rosti – the customary Swiss potato squander – was seared up in Bern yesterday, breaking the past record, the Swiss rancher’s association (USP) said.

USP president Markus Ritter reported the new rosti record of 13.7 sq m, which effectively beat the one set in 1994 in Thun in focal Switzerland, when a 3-sq-m squander was made.The association, which is praising its 125th commemoration, had the container made on the bureaucratic square before the Swiss government and parliament structures, looking like a huge cross put on a tremendous red mat to seem to be the Swiss banner.

Once cooked, bits of the goliath squander were served to the enormous group accumulated to observe the accomplishment.
-Promotion

While meaningful of the cooking in the German-talking part of Switzerland, the rosti has developed to be viewed as a public dish.

It has even given name to the profound social gap appears to partition Switzerland’s German and French-talking areas – the “Rostigraben” – which will in general seem when the Swiss head to the surveys.

In an emblematic work to conquer this separation, the potatoes cooked yesterday were collected from each locale of Switzerland, USP said. 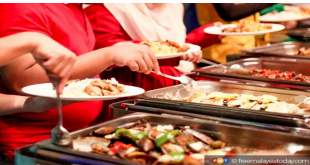 Oven-fresh treats to warm your heart at VCR Bakehouse

A luxe meal in George Town at Maple Palace restaurant

FLOUR Restaurant rises to celebrate the best of French-Indian cuisine

One brand is turning sushi into sneakers